The Judicial Academy of the Slovak Republic

Organization of the Academy

Since 1995 the Slovak Association of Judges began to promote the idea of founding an independent judicial educational institution. Over the years 1996 - 2003 the Executive Committee of the Association tried to promote this idea repeatedly at the Ministry of Justice of the Slovak Republic, but the first concrete achievement was the promise of the Minister of Justice at the international conference held in June 2001 in Dunajská Streda that he would encourage the emergence of an independent judicial academy. Before, the idea of judicial academy had been denied or had been accepted only pro forma.

With the support of the Slovak Association of Judges, the judges themselves, as well as several international institutions (Council of Europe, European Commission, International Association of Judges, Netherlands Helsinki Committee, ABA CEELI, British Know-How Fund) finally happened that the Executive Committee in cooperation with the Legislative Committee of the Association prepared a draft act on the Judicial Academy of the Slovak Republic, which was submitted to the Ministry of Justice.

These long-term efforts finally resulted into the approval of the Act No. 548/2003 coll. on the Judicial Academy by the National Council of the Slovak Republic at its meeting on 4 December 2003. Under this Act the Academy started its activities from 1 September 2004.

The Judicial Academy is an educational institution with nation - wide coverage. It was established under Act No. 548/2003 coll. as an independent legal entity, non profit organization which is a budgetary organisation under the Ministry of Justice of the Slovak Republic and manages funds specifically allocated in the state budget for the purposes of the education of judges, prosecutors and court officials.

The legal seat of the Academy is Pezinok, 30 kilometres away from Bratislava, where the administration of the Academy is located. The premises which host courses are in another location in the countryside - Omšenie, near Trenčianske Teplice.

The bodies of the Academy are:

The Academy ensures, organises and performs education of:

- higher court officials (they assist judges in court and after 3 years and 30 years old, can take the exam for becoming judges),

In accordance with § 3, section 5 of Act. No 548/2003 coll. the Academy also creates, administers and protects the database of the files from the field of criminal law, administrative law, labour law, family law, commercial law and civil law for the purpose of written part of the selection for judge vacancy in accordance with the principles for the selection procedure approved by the Judicial Council of the Slovak Republic as well as for the written part of professional judicial exam.

After the organizational changes the original 4 departments were transformed into 3 current departments:

Pedagogical Staff of the Academy

The external members are mainly judges, prosecutors and experts from academia who are chosen by the Board of the Judicial Academy according to the criteria established by the Board.

Organization of the Academy

The Judicial Academy is divided into the following basic organizational units:

External relations of the Academy are built on the basis of intensive cooperation with national and foreign partners in the particular field of training of judges and prosecutors as well as project activities related to the development of Judicial Academy.
The "domestic partners" of the Judicial Academy, in particular, are entities with which the Academy has signed the specific bilateral agreements, on the strength of which the common project are implemented.. This may include cooperation with:

Finally, to the framework of the successful collaboration belong also contacts with the Court of Justice of the European Communities, the Council of Europe and the European Court of Human Rights, particularly in the implementation of number of visits, study visits and internships of the Slovak judges and prosecutors in these institutions.

In order to create relations with the international partners the Judicial Academy of the Slovak Republic particularly uses business trips within the European Union and on the other hand receives visits from different countries, whereas the primary goal is mutual cooperation and exchange of knowledge, that help to develop the mission of the Academy. 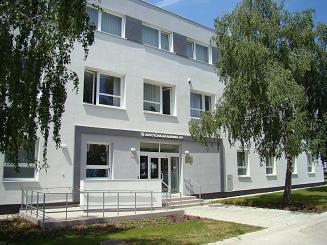